ABOUT US Home of The Eagles

Eagles Rugby Club, Sandakan was formerly known as Sandakan Rugby Club Sabah (SRC). It was first granted registration by the Registrar of Societies on 24th February 2005.

However, in compliance with our country’s Sports Development Act of 1997, we have registered under the Sabah Sports Commissioner’s Office on 3rd October 2012 under registration No. 04/5449/2012(SBH).

ERC has right of use and management of a clubhouse building, rugby pitches and other facilities built on 5 acres of prime land located at Bandar Utama, Mile 6, Jalan Utara, Sandakan, Sabah, Malaysia.

It is one of the very few sports facilities, if not the only, in Malaysia that was planned, designed and built specifically with the game of rugby in mind. In short, the club building, amenities and the pitches are ‘rugby-centric’.

Of course the clubhouse has other facilities like an international sized futsal court, a pool table, table tennis tables (including a special mechanized training table), table soccer and dart boards for members to enjoy.

There is also a newly completed 4 storey building which houses a canteen, coaches’ quarters and a dormitory capable of accommodating up to 60 players comfortably. It especially benefits school children coming from the rural areas to take part in rugby training or tournaments held in the city.

A two storey high performance cross training centre with a fully equipped gymnasium that features state of the art training equipment has recently been completed.

MESSAGE FROM THE CLUB PRESIDENT

Welcome to the official website of Eagles Rugby Club (ERC).

The fact that you have entered this website should mean that you are one of us, a rugby enthusiast. If you are not, maybe we could make you one!

Although ERC is just over 7 years old, it does not reflect how long the game of rugby has been played in Sandakan.

All accounts point to the game of Rugby being introduced to the State of Sabah, including our town of Sandakan, during the British colonial era mainly by expatriates who were assigned to these distant shores for their tour of duty.

Through the ensuing years the game, in all probability, had its ups and downs.

However one thing is certain, it did not fade into oblivion. After independence, locals took over the task of ensuring the continuity of the game.

Today, Sabah Rugby Union, an affiliate of Malaysia Rugby Union, has taken over the mantle of guiding Sabah rugby to higher levels of achievement.

We, Eagles Rugby Club, being one of the Affiliates of Sabah Rugby Union, are also sparing no effort to ensure that rugby stays in the forefront of sports development in Sabah, especially in Sandakan.

In line with this, we have built one of the better rugby complexes in Malaysia to provide facilities for our local rugby players.

We have also engaged top foreign professional coaches and players from New Zealand and Fiji to head and assist in our comprehensive promotion and development programmes.

Meanwhile our ERC Borneo Eagles Rugby Team has also made headlines and left their mark at various major tournaments, both local and abroad. Their record-breaking 3 consecutive victories at the Heinekan Hottest 7s in the World (Darwin, Australia) is one exploit that I would like to mention here.

Details of about our clubhouse and other activities are all in this website.

I invite you to take some time to browse through the articles. Feedback is welcome. 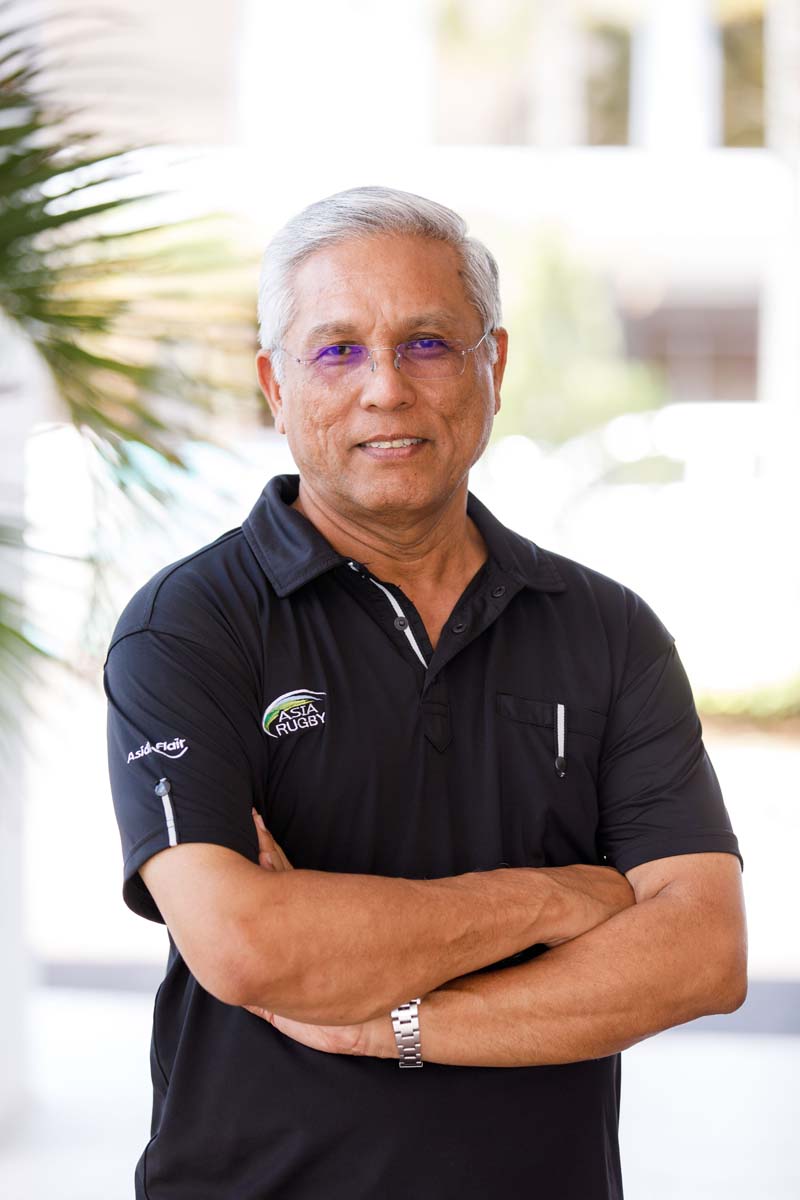 Eagles Rugby Club is very much involved in the promotion and development of the game in Sabah.

At substantial expense, we have engaged highly qualified foreign coaches and players to help lift the game to higher levels through well planned programmes and regular training.

Together with Sabah Rugby Union, the Sabah Education Department and anchor sponsor IJM Plantations Berhad, we are building a sustainable reservoir of young rugby talents through the Sabah Academy for Rugby Excellence where over 50 schools throughout Sabah are involved. There is also a ‘Centre for Rugby Excellence’ project at Sandakan Secondary School where around 40 sports-inclined boys are groomed by professional Fijian coaches 5 days a week to learn the finer aspects of the game. Almost all their daily necessities and academic requirements are also taken care of e.g. extra food and tuition classes.

These mid and long-term plans are expected to bear fruit in the near future and our home state of Sabah should reap the benefits and reaffirm itself as a premier rugby force in the country.

Our coaches regularly assist at rugby camps and clinics which were usually organized in preparation for tournaments.

The annual 10s and 7s Age-Group events continue to be keys components of the Sabah junior rugby calendar drawing overwhelming participation from schools all over Sabah - so much so that housing the hundreds of students became a major challenge by itself.

ERC has also developed good networking with international rugby clubs and in 2011 twenty Under-14 students accompanied by 2 officials were sent to New Zealand for a 3-week rugby learning attachment which included attending training camps at a leading rugby institution there and playing in local tournaments. Another training/learning excursion to New Zealand was successfully organized at the end of 2012 with Under-16 and Under-20 boys having their turn to experience rugby boot camps in Auckland. The programme continued in 2014 when another batch of twenty Under-15 youth underwent 23 days of training at rugby academies in New Zealand.

Similar learning/playing tours are also planned to Fiji and Samoa in the near future.

In conclusion, ERC have set in place both short and long term strategies that would aim to cement a firm foundation for the future of the game in Sabah.